From designer clothing to handcrafted furniture a clear trend in contemporary consumption is emerging. People and businesses want (and in certain cases need) products tailored to their individual desires and aesthetic.

Fortunately for manufacturers, monumental advances in 3D printing are the perfect technology to satisfy this new economic desire.

Although 3D printing’s origins lie in the late twentieth century, the technology did not mature until the start of the 2010s. Now that it has, 3D printing promises to be the most disruptive innovation of the digital age.

No longer limited to print using just specialty industrial plastics, 3D printers can now create products using metals, fabrics, and even stem cells. As a result, a wide panoply of applications has already been realized in a number of fields including the arts, medicine, and engineering.

Most notably, artists have seized on the technology’s potential to create sculptures, jewelry, and toys designed around the unique specifications of their clients. Physicians have used 3D printing to form relatively simple custom prosthetic equipment such as hip sockets.

In addition to replacing some tissues in the human body, 3D printers have been used to produce faux organs in order to increase the safety of surgery as well as the rate at which an operation is performed.

To clarify, over the last few years, elite surgeons have been using custom 3D printed parts in order to practice a particular procedure on a patient before the operation.

To give the operating team a sort of dress rehearsal, custom models allow surgeons to anticipate and correct a series of complications which may arise prior to putting the actual patient under.

With respect to engineering, 3D printers are routinely used to create both miniaturized and to-scale models, prototypes, and specialty parts for particular machines. Furthermore, this technology has become so sophisticated that entire goods can be entirely 3D printed including shoes, firearms, and even the interiors of office buildings.

Ancillary Benefits of This Industry

The enormous potential in combination with high application rates strongly implies that 3D printing will continue to be employed at an ever-increasing rate.

To quantify that, a 2014 survey by PWC had found that 11% of companies surveyed had employed high-volume production of products or individual parts using 3D printers.

For context, market adoption rates of 20% are considered to be mainstream.

Given the fact that industry analysts like Gartner predict the number of 3D printers sold in 2020 to be fifteen times higher than 2016 levels, 3D printing becoming an industry standard appears to be imminent.

Besides the versatility of the technology, 3D printing also allows for a considerable decrease in the time spent on a given product’s conception and manufacture and thus hastens its delivery to market.

For example, within a few days of the release of the popular gaming app Pokemon GO, independent designers had printed and distributed custom cell phone accessories for the game.

Although bulk consumer goods, such as wooden pencils, personalized notepads and toilet paper, will still be produced in manufacturing economies like China, Sigma Labs predicts that economically viable manufacturing plants which produce custom-made 3D products will crop up in urban America and Europe. 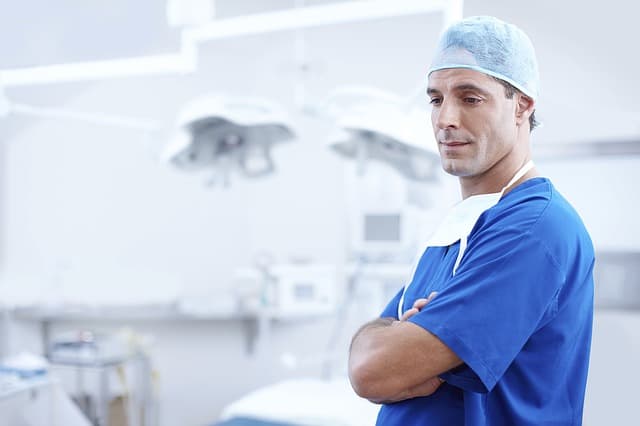 Up until a few years ago, 3D printing had been limited to producing tools and objects which were inorganic, but recent advances have changed this.

While still in development, the use of 3D printers with stem cells and other organic materials has additional exciting applications as well.

Modern physicians believe that genetically tailored organs and tissues will soon be produced for those in need of organ donations without risk of transplant rejection.

Along with that, manufacturers of medical devices believe that they will be able to produce hearing aids and other complex devices fitted specific to each other their customers.

Devices such as hearing aids and some simpler organs are relatively simple devices. But further development of highly complex custom prosthetics and replacement body parts could lead to the development of an entirely new area of research, previously thought to be in the realm of science fiction.

By that, we are referring to cybernetics.

Similarly, 3D technology is being used to design individually-tailored medication, thus eliminating the need to be prescribed multiple pills when attempting to treat or alleviate an ailment. Referred to as “polypills”, researchers have already produced a 3D printed capsule which contains five forms of medication.

Additional development by pharmaceutical manufacturers aims to double to the number of medications in a single pill.

This trend of specialty fitting may very well cause a decline in both mass-produced, one-size-fits-all industrial goods and pharmaceuticals.

The Future of 3D Printing

Lastly, both the private space industry and government space exploratory agencies, like NASA, are investing into 3D printing’s budding utilization.

In much the same way the relatively small 3D printer on the International Space Station is used – in the coming years, larger printers may be developed. They will manufacture tools, replacement parts, and construction materials on-site for future space colonization projects such as lunar bases, asteroid settlements, and colonies on Mars.

For a more “down to Earth” example, specialist engineers anticipate that, just like smartphones, 3D printers will become so ubiquitous that children will be expected to use them.

In fact, early “child-friendly” 3D printer models like Toybox have been designed to make extrusion printing a fun and easy experience in which children can make their toys modified off of existing templates.

Consequently, in the near future, it is quite likely that simplified versions of CAD will be developed to make custom 3D printed objects easier for children to design themselves.

In conclusion, 3D printing will evidently not only expand in its application but act as a booster to accelerate other technological advancement and future economic development.

DS Norris is a freelance blogger and occasional blogger who enjoys reflecting on the phenomenal progress of human civilization.