Being a first-time drone buyer can be intimidating. There are several drones to consider, and besides the main specs, it’s hard to tell the difference between each one.

Before pulling the trigger on an expensive drone, be sure to have considered all other options first.

During the shopping stage of buying a drone, ask these nine questions to yourself:

9 Things to Consider Before You Buy a Drone

At this time, you may not need a license to purchase or operate a drone for recreational uses.

However, the FAA has rules that you must follow. The two most important rules are to never fly above or around people, and you must always be in visual sight of your drone.

We encourage you to go through and understand the full list of FAA safety guidelines for model aircraft before your first flight.

It will also restrict you as to where you can fly your quadcopter.

An example would be a 5-mile restriction around any airport.

You can check out the great interactive map of no-fly areas provided by Mapbox, or local RC (Remote Control) aircraft clubs could give a list of fields that they regularly use that would be open to your flights. 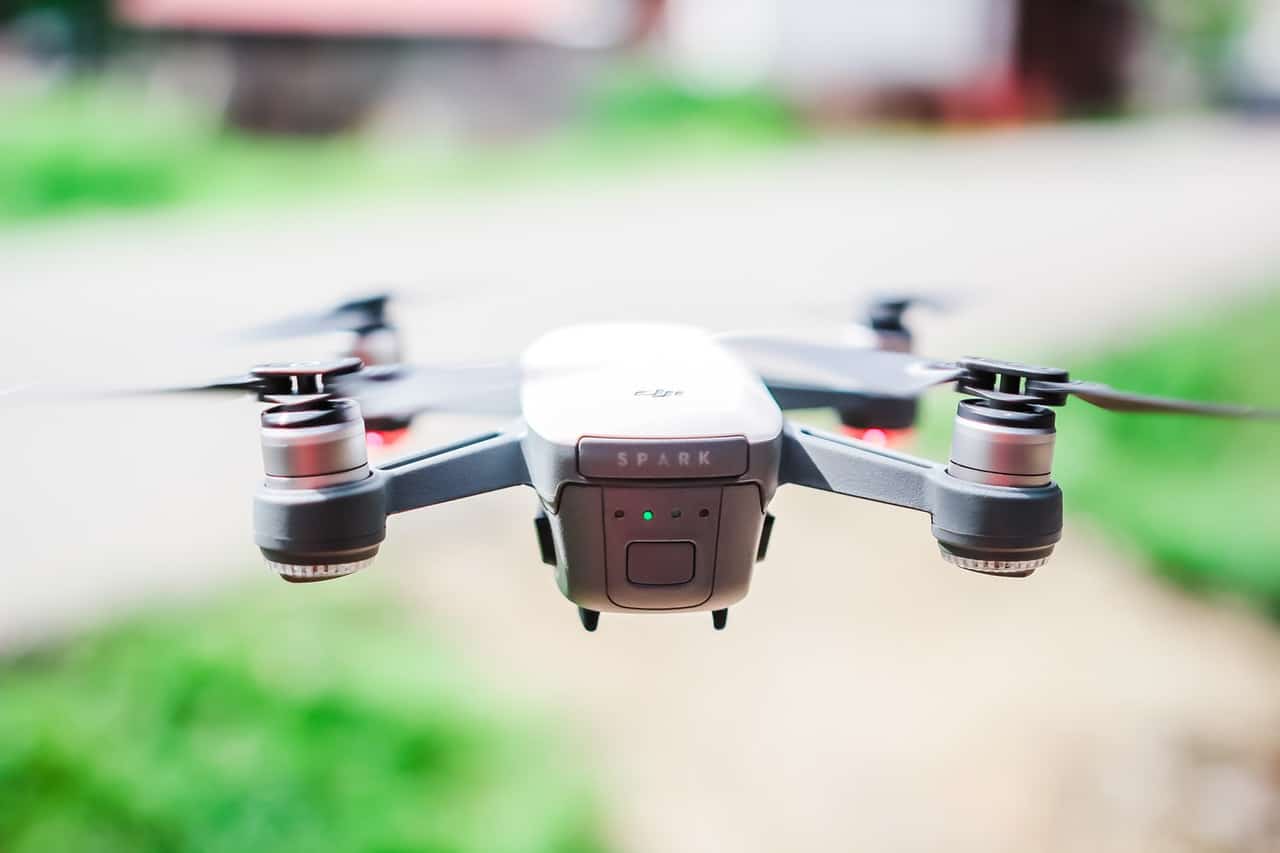 You probably already know the answer if you have arrived at this article. However, you may find that a certain price point for a drone, if cheaper than expected, will change your answer to that question.

You will find many factors to think about when getting a drone, so you should look around instead of choosing the first drone that you see.

You may come across a cheaper drone with the exact features as the one you planned on going with. So make sure to take your time and do your research as an educated consumer.

3. Do I need a removable camera for ground imaging and future upgrades?

As expected, most consumers want the ability to remove the camera. But if aerial imaging is your primary intent, then it might not be that big of an issue.

Regarding future upgrades, technology is continuously (and as expected) improving, but that does not mean you should limit your options to removable cameras.

The DJI Phantom 3 and Phantom 4 are examples of quadcopters with permanently attached cameras that you would probably be content with for the next couple or few years (12MP photos with 1080p and 4K video quality).

4. What kind of photo/video quality do I need and at what prices can I find them at?

You will find a pretty thin relationship between photo/video quality and price, with most toy quadcopters between $50-150 having 2-4 megapixel cameras and 480-720p video quality.

Do not expect live video stream in that price range either.

Beyond $500, you will start to find quadcopters with 8-12MP cameras and 1080p video quality with a live stream. It is where you will want to look if you intend on uploading footage to YouTube and capturing high-quality photos.

Do not expect more than 10 to 30 minutes of battery time for your drone.

With this in mind shop for a drone with an easy to change out the battery and keep in mind that the spare could cost upwards of $100 for a more expensive drone.

You also want to keep in mind cheaper drones. Most models under $400 will usually have a built-in battery that you cannot swap out so this will limit your flight times.

6. How do you want to control the drone?

You will find that most drones work with a twin joystick remote control much like you would find on a video game controller.

One stick will control the quadcopters attitude which describes actions like roll, which means tilting right or left and pitch, meaning tilting up or down. The second stick controls motor throttle and copter rotation.

A well-matched remote control will fit well in your hands giving you comfortable thumb control of both joysticks.

A few newer models are now equipped with smartphone controllers that are connected by Wi-Fi and a flying phone app.

These units often provide a live video feed from the drone camera.

It is important to know that many of these app controllers do not give you the same precise control of your quadcopter and it might be easier to slip off a button, possibly causing a crash.

7. What flight capabilities do I need?

Depending on your aerial flight needs, you will want to consider a few things here such as flight range, flight speed, drone battery life, and intelligent flight modes (which you will only find for most $500+ drones currently).

A couple of examples include the popular follow me flight mode (self-explanatory) and being able to pre-determine flight routes. It allows you to map out a path for the drone to fly so that you can focus solely on controlling the camera opposed to worrying about flying the drone at the same time.

Most drones have its own unique and useful flight capabilities, so make sure to consider the differences.

Some developer drones and hexacopters exceed beyond $3k.

But unless you want to integrate software or you have a large budget (for example, large-investment production and film-making), it is safe to say you will most likely find out what you are searching for probably between $300-$1,000.

Below that range, you will find what most of us would call toys. Do not expect to see anything impressive regarding camera quality, battery life, flight range, and hardware/software.

9. What accessories should I buy?

It is important to understand that any drone can and probably will crash at some point. For that reason, it is good to know that a well-built drone will descend and crash without causing major damage.

Look for a drone with rotor shields and protection for electronic parts.

Reality is that you will break some parts over time so shop for a drone that offers a good supply of cheap parts like struts or rotors to replace ones you might break.

Make sure these parts are easy to change out and while you are at it check on replacement batteries and how they change out because chances are you will want to buy spares up front.

Oliver is the founder of MyDearDrone, a free portal to learn all the things from guides, reviews, news and much more on technology and drones. 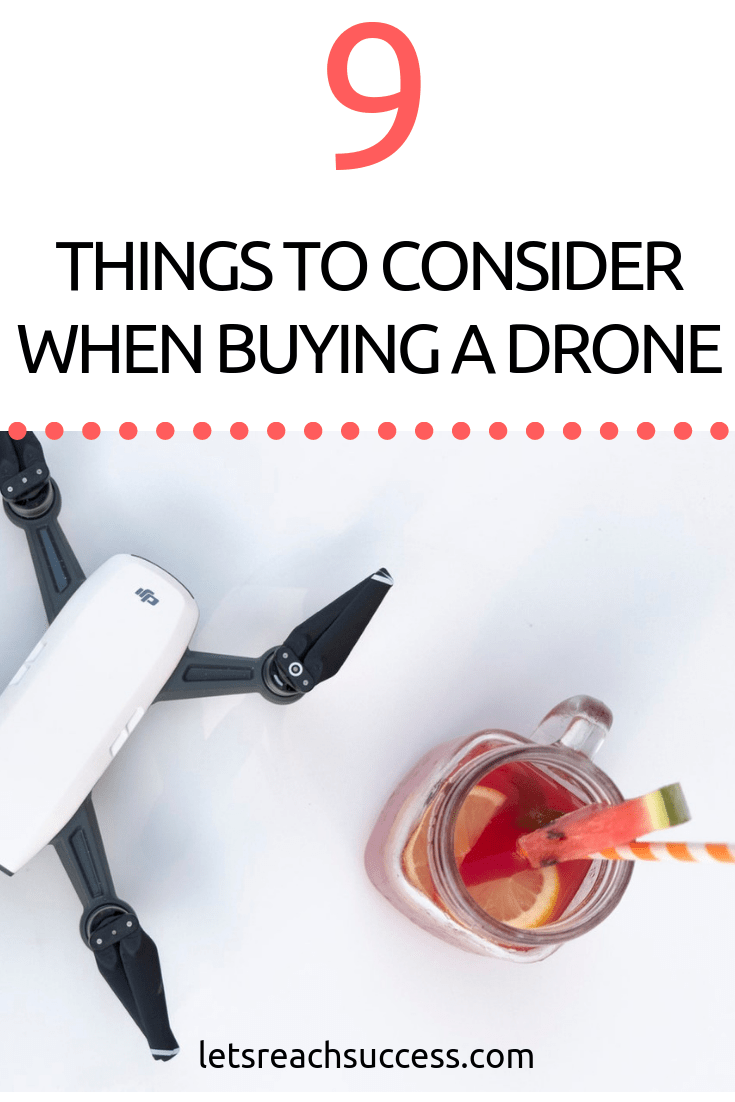