The anxiety of who we are and who we are hoping to become keeps intersecting with the present moment.

Indeed, there is no moment in time as blissful, big, and important as the now. Which we often tend to ruin or neglect planning other, seemingly more relevant actions and making plans for the future we don’t even understand.

The future of today

We are caught up in our 5-year-office plans, 7-year-relationship-strategies and futures that are perfect on paper but very vague (if even existing) in reality. Most of us completely neglect the essence of current impetus. And focus on a life outside the ongoing 24 hours (or the ongoing week, really). It’s not even our fault.

Times have changed and so have we.

Growing up, we were wired to think forward, look forward and hope forward. Until we reach that one point in our lives called “success”.

We are striving for, wishing for and working towards something that, allegedly, is way better than what we have right now. So we’ve collectively decided to miss out on the solid and aim towards the uncertain.

However, the problem with success itself is that it is multilayered and very broad. It changes its shapes and forms, leaving us partly confused and semi-fulfilled.

Not knowing where you are headed and whether your initial goals have re-shaped into something you haven’t approved of, has a very bitter-sweet taste with a hint of vanilla icing. You just have to cringe your face at it with every new bite but you keep on eating what you are served – and you are loving it. Yes, the paradox of life in its purest form.

Naturally, the beauty of every new (success) chase – no matter the sphere we are tackling upon – is always adrenaline-boosting, challenging and very stimulating. I.e. a feeling potentially evocative of the hunt for food and those primal, mating urges we simply had to exercise in our caves… or the woods.

Where do we end and life begins? 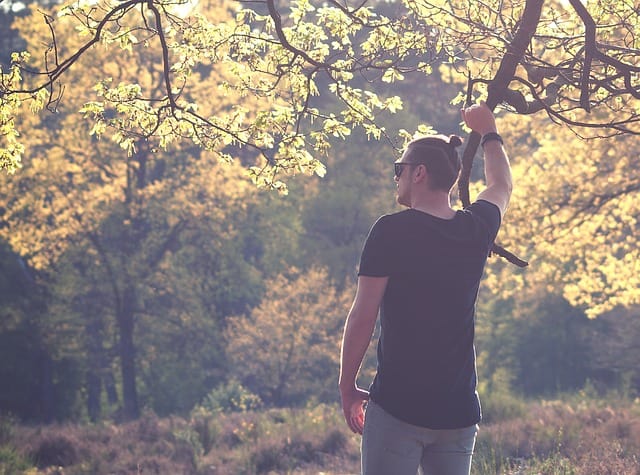 Criticizing the opportunist manner of forward-thinking and chance-grabbing, we are to say that we’ve lost touch with who we are emotionally and mentally for the sake of learning who we are professionally.

We may be under false pretenses that we’re multitasking. When we’re, in fact, screwing multiple things up trying to do everything at once. Such state of things leads up to built-up frustration. Ultimately cracking, which does no good for either your now or your future.

Hey, don’t get us wrong. We absolutely support the idea of fighting for what you stand for, believe in and want to make a career of.

There’s nothing wrong with doing the job you love, overcoming poverty and always having enough money for clothes and other essentials. A healthy bank statement and an age pension income test waiting to get you all secured for the old age are fantastic – what’s not to like there? Even living in luxury works absolutely perfect – if that’s what your goal is.

The only problem we’ve got with this concept is the inevitable truth of planning. Losing ourselves in the process of creating something instead of cherishing everything we have today.

Come to think of it – maybe we are, inherently, the problem? Maybe success makes for a very steady and an easily reached norm but it is us who are actively dissatisfied with the state of things, no matter how good or bad they are.

Yes, it’s possible. We keep hearing that human nature is, essentially, untamed (which is no surprise given our biological background). And that socially imposed constraints have made things as “defined” as they are today.

So, the question that inevitably poses itself is – is the new way of planning the future just a modern substitute for what’s been happening for ages, even before we came about?

Have our not-as-evolved predecessors planned their hunts ahead just as we plan our CEO positions? They may have, although with a little less colorful labeling. Naturally, what they had easier were the mortgages, credit card loans, private schools and ski trips they never had to pay for.

The pressure of good life (for both ourselves and our children) crept in so skillfully that it’s evolved into a social modus operandi everyone’s accepting on autopilot.

Do we need to love more? Definitely.

Are we to restore balance within rather than buy a new model? No question.

But should we stop planning in order to keep peace? No, not really.

Without planning, life would have no focus beyond the 24h-range – and we’re way past that. The key is in moderation. Love but strive; hunt but bring that food home. Work but find the time to rest. Stick to your 5-year-plan but hug someone today. It’s that simple.